Driving in Costa Rica can be a challenge. Never mind the traffic in San Jose because what major city doesn’t have traffic? I’m from Atlanta where the rush hour is nothing short of legendary. (Seriously, if you had plans around 5 or 6 than you left at 4 or you were going to be way late). No, it becomes a challenge when the roads begin to go into the mountains. Suddenly you’re faced with twisting roads and sudden unpaved portions. But in spite of that? It has allowed me to see parts of the country that might not be visible to the average tourist. I drove to small town after small town. I saw so many small roadside restaurants (called “sodas” here). And so many breathtaking views of being in the mountains, as high as the clouds.

My inner child squealed when I stopped and realized that the fog I was seeing was, in fact, the clouds. How many have had that thought on airplanes? What it must be like to be able to touch the clouds? Or, at least, be in them? It made the perfect setting for my last minute detour to the La Paz Waterfall Gardens. I had read about this nature park a couple time but couldn’t figure out if it made sense to try and stop on my way to Arenal. I wasn’t even sure if it was on the way. Like I said, the roads are twisty. But, as luck would have it, I drove right by it, so it made the perfect mid-morning stop on my 3 hour drive. 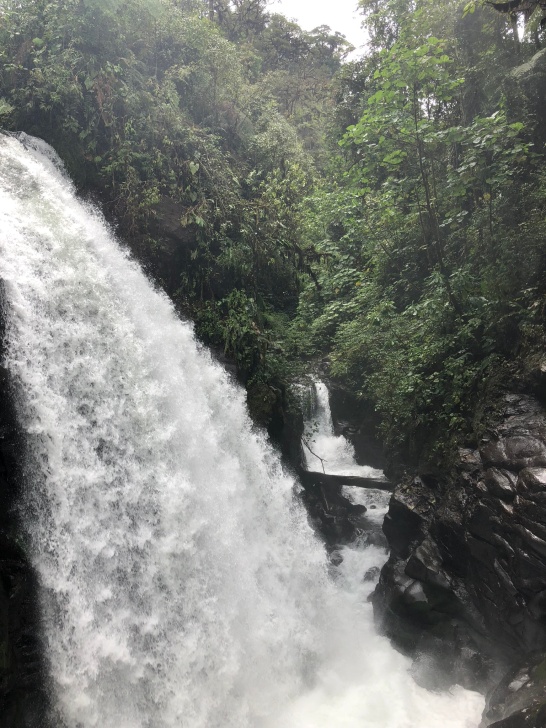 The park consists of several trails and exhibits. There are hummingbird gardens, jungle cats, monkeys to visit. But the piece de résistance is truly the 0.8 km trail to see the waterfalls. Though it is a short distance, most of the trail is comprised of many steep staircases. My knees and calves were not happy but it was breathtaking to get up close to these powerful waterfalls (and a little soggy, I regretted leaving my waterproof jacket in the car). Though I only allowed myself a couple hours, it would’ve been easy to spend a whole day exploring every nook and cranny. But move along I did. 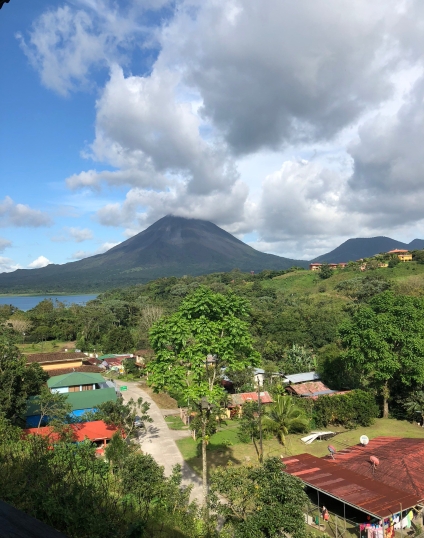 After a good stretch of rock and gravel road, the Arenal volcano began to loom in the distance. Though it is now dormant, it was still a powerful setting as I made the trek up to my hotel. Nothing short of magnificent really. It looked like every postcard or guide book cover I had ever seen about Costa Rica. And though I do not have cell service, it’s a peaceful setting. Each night is silent save the sounds of the jungle.

After a day of rest and exploring the nearby town of La Fortuna (and by exploring it means I wanted a beer – there are some pretty decent local beers around here), my next day was spent at the hot springs. Most of the resorts in the area offer thermal pools so I had my pick. I went to the Tabacon Resort and relaxed for the morning. It was predictably beautiful but it was neat meandering through the winding paths to the various pools. I particularly enjoyed sitting behind one of the waterfalls. I probably could’ve spent the whole day behind there, people watching through the glass-like water. 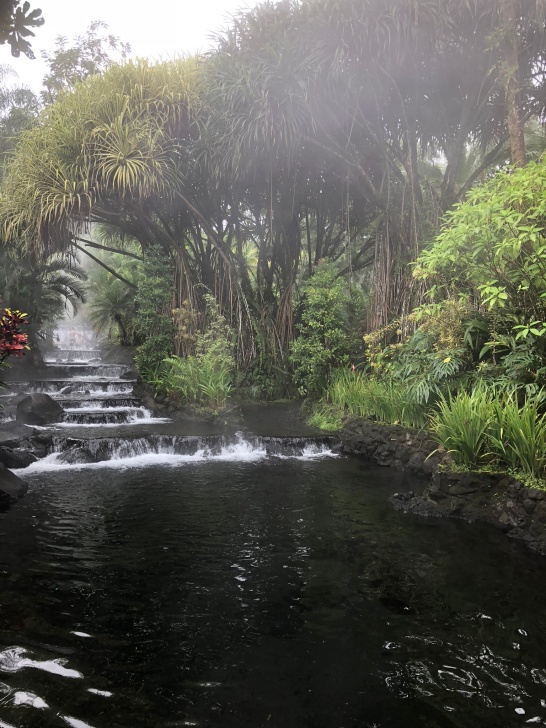 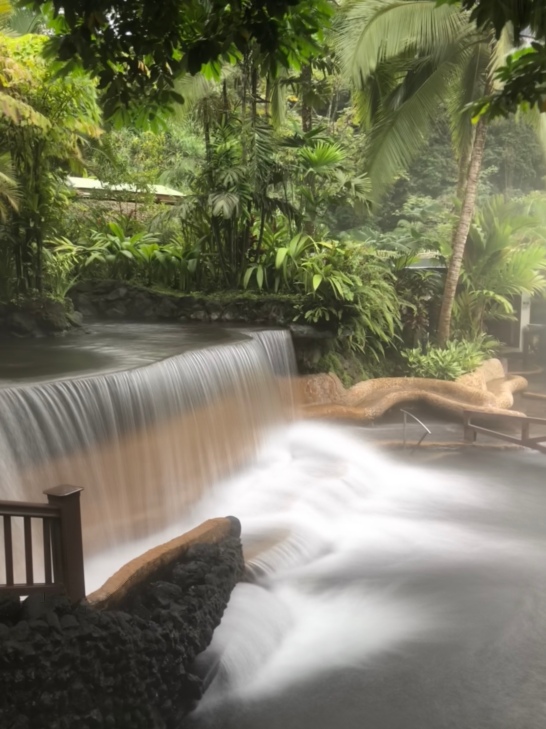 If there is one thing about traveling alone is that you can be entirely focused on your own experience and, for me, it gave me brain time to stop and just not think about anything. For anyone who knows me, my brain rarely stops thinking about anything. (It is what I attribute my life-long insomnia to). But for a solid block of time, it was just me, sitting behind a waterfall.

My last day in Arenal consisted of a truly excellent 4 mile hike into one of the private jungles that are around. There were hanging bridges and two very pretty waterfalls. We had a guide who knew more about random plants than I ever thought possible. We smelled natural citronella and black pepper (which the latter smells like licorice, who knew). We saw an anteater up a tree. An baby eyelash viper curled around a low hanging branch. There was a tarantula in her nest (the guide named her Gloria) and a wandering spider down a pole. Did you know that there is a species of tree that is called a “walking palm?” The roots will gradually move over time so that the tree itself moves. It was tiring, muddy and great. I learned so many different things that even if the final hill was brutal, it was worth it. Even though Costa Rica is experiencing a cold front that makes the rain more biting, it was great to be in the jungle.

Today, I made the drive up the mountain and into Monteverde. It was a bit of a stomach-clenching drive due the last stretch being a dirt and rock road. With every dip in the road, I sent a word of thanks that I had last minute upgraded to an SUV. But I made it. Tomorrow is ziplining in the canopy which something that simultaneously excites and scares me. But I always tell myself that I never want to let fear prevent me from doing anything at least once. It will be fine. And probably wet. If it’s one thing I’ve learned about being in the rainforest….is that it’s never really dry. 6 more days left in this beautiful country!

Until next time, pura vida!

View all posts by Ally

One thought on “Did you know anteaters can climb trees?”