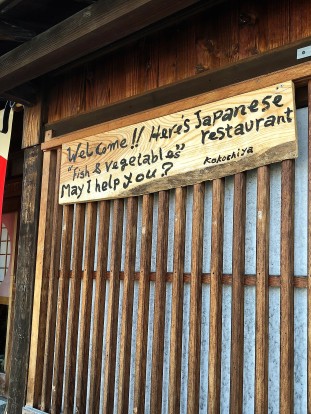 As I traveled out of Tokyo on one of the shinkansen (bullet trains), it became to feel as if I was starting to travel back in time. Although watching the countryside and towns streak by did make me a little dizzy (the shinkansen go about 200 mph), I began to notice temple after temple pop up. I began to see more ancient looking streets and infrastructures. And by the time I arrived in Kanazawa, it felt like another world entirely.

Kanazawa (the sister city to Buffalo, New York of all places) is often called “Little Kyoto.” And it definitely set the mood for me before I headed to the former capital of Japan. It was quieter, much more subdued than Tokyo but it offers a lot of see. There are beautiful gardens (Kenroku-en Gardens), castles (Kanazawa Castle), food markets (Omicho Market) and an old geisha district with some of the few still functioning teahouses (Higashi Chaya District.) And there was still plenty more that I didn’t get to – there’s a ninja temple that’s supposed to be pretty entertaining, for instance.

When I had been researching Japan and figuring out my trajectory on this trip, many reviews/blogs/guides said that Kyoto was often a bigger tourist area than Tokyo. And boy, was this accurate. I had thought that Tokyo was a little crazy with their crowds (never ride their trains during rush hour, trust me on this one). But I encountered WAY more people in Kyoto. 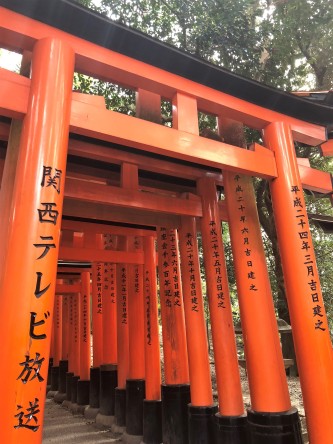 Kyoto is rather like what I picture when I think of Japan. It’s this really cool mix of modern and ancient life. And being there during cherry blossom season? It made the city downright magical at times. At some points I would find myself just strolling around with no particular aim because it was so peaceful. A popular tourist activity is renting a kimono and taking pictures beneath the trees. Not to repeat myself but it makes you feel like you’re back in the Edo period of Japan.

Don’t mistake the wandering for idleness as there is no shortage of things to do in Kyoto. With over 200 temples to visit, that alone could keep you occupied. As for myself, I ventured to Arashiyama (the western part of Kyoto) to check out the mystical bamboo forest and also to visit some monkeys. (Full disclosure if anyone wants to visit those monkeys, it’s a complete uphill climb so be prepared for that…as I was not). The monkey park is not a bad way to spend an hour as the monkeys roam around this hilltop freely. I was lucky enough to even feed a couple of them. Also, if you want to venture outside of Kyoto – less than an hour outside of Kyoto is a town called Nara. It’s a quaint little place with several temples but it also home to many many tame deer. As deer are seen as envoys of the gods, these critters are protected and fed very well by the many tourists. It’s a little disconcerting to have deer walk straight up to you expecting the deer cookies (which are sold everywhere). But it’s also pretty nifty too. You can walk around feeling like a Disney princess since the deer will also usually let you pet them. 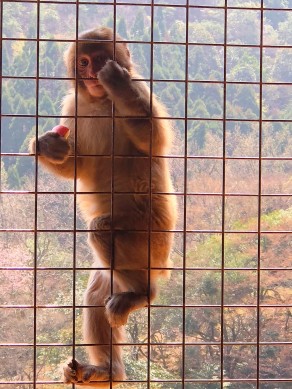 Kyoto and Kanazawa were a nice antithesis to Tokyo’s lights and glamour. Much quieter but bursting with history and beauty, it was a great place to unwind and simply soak up a different side of Japanese culture.

As I crossed the famous Shibuya crossing, flashing lights all around me, I could barely believe that I was in Tokyo. This is the furthest away from home I had ever been. And Tokyo, for lack of a better word, is INSANE. And I mean that entirely in a good way. It’s almost like being in a pinball machine – all lights and sounds. The last four days have been a blur. Not only from killer jet lag but because there is not stopping in a city like Tokyo. There’s too much to see and too much to do.

In figuring out my itinerary, I read many times that there is no amount of time that you can give to Tokyo and it being enough. I narrowed my focus to just simply exploring the various areas of Tokyo, hitting some of the key sights that I wanted to see. First up was the Studio Ghibli Museum. Designed by the famed animator Hayao Miyazaki, this place was whimsical and beautiful. If you have not seen any of his films and you have any interest in animation, see his work. All of his films are fantastic. And while I could not take pictures inside, it was entirely worth the visit.

Later that day, I ventured to the Harajuku area where I visited one of the more famous shrines in Tokyo – the Meiji Shrine. This shrine is dedicated to the spirits of Emperor Meiji and his wife, Empress Shoken. It is sacred ground and there is an air of reverence as you walk the gravel path that leads to the shrine. There are barrels of sake and wine that have been donated to the shrine and are on display. There are gardens that were designed by the emperor himself for his wife. It’s a truly beautiful and peaceful place. But the best to me, was the wooden votives that were placed around a tree as prayers. In many different languages you could read about well wishes for happiness and world peace. I actually got a little teary-eyed. 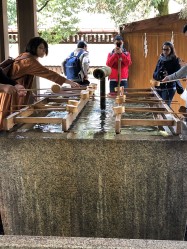 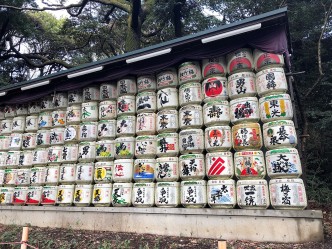 After that, I spent time in Takeshita Street which is a cluster of fashion, food and color. I walked up and down it several times just because there was that much to see. There are food stalls that sell cotton candy the size of your head, multicolored drinks in light bulbs, chocolate drizzled French fries. There are clothing stores that sell Lolita-style dresses, crazy socks or full leather ensembles I spent some time at a cat café. I particularly enjoyed the cat with the angriest face I’ve ever seen despite wanting all my love. But that’s cats for you. 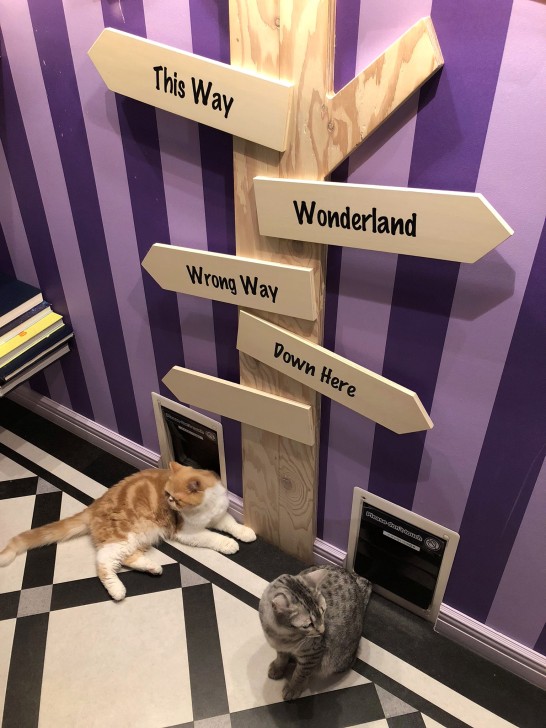 Today, I made my way to the hot springs resort town of Hakone which is a nice respite the hustle and bustle of Tokyo. It was nice to rest my bones after the miles of walking that I did in Tokyo. Tomorrow, I begin my journey through the rest of the country. So stay tuned! Arigato gozaimasu! Sayonara! 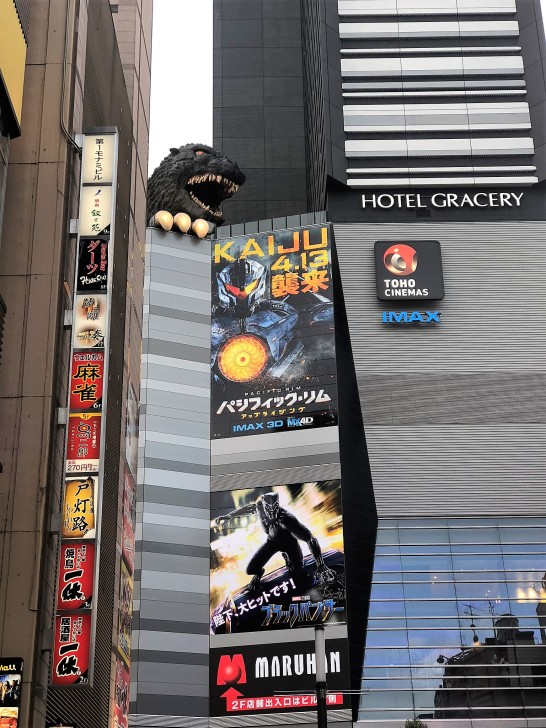 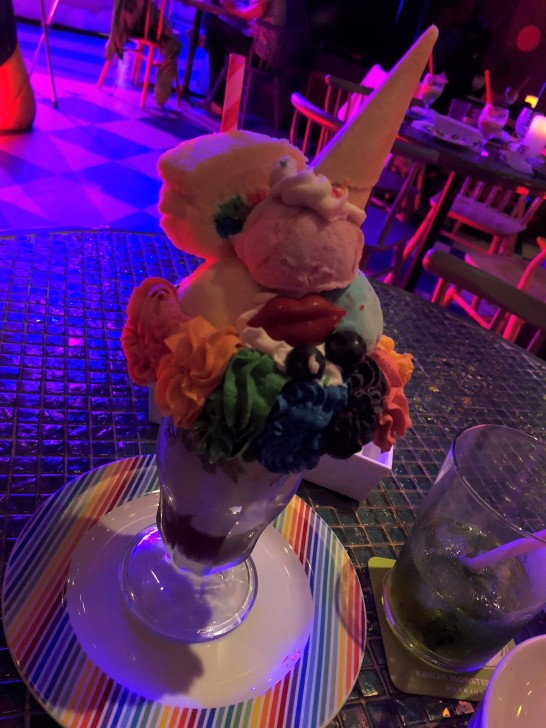 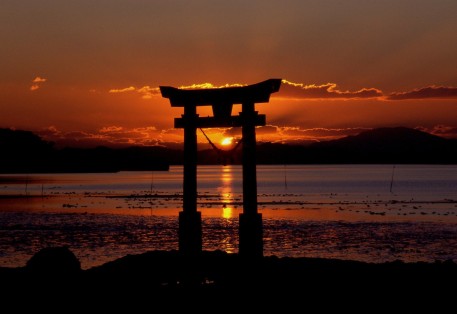 When I was a little girl, like most kids, I loved cartoons. Growing up in the 90s, we were treated to some of the best animated films and shows that have ever been produced. I remember watching all sorts of television shows after school – Rescue Rangers, Duck Tales, Batman, Justice League to name a few. But when I was barely in middle school, I came across a show that came to influence me in many ways.

It might seem silly to some that a dubbed Japanese anime might have an impact on someone’s life. But back then, Sailor Moon was unique. The main character was anything but heroic – not good at school, not athletic, not extraordinary. And yet, she saved lives. She fought and won against the bad guys.  She wasn’t like anything I had seen before. Most of the shows at that time…well…they mostly showed boys being the heroes. To someone who had always felt very ordinary, an awkward 12 year old, it showed me that even an normal girl could kick butt.  For that, she has always had a special place in my heart. But Sailor Moon also introduced something else to me. And that was Japan. It was a place that never in a million years I thought I would be able to see. The culture is something that is endlessly fascinating and beautiful to me. And to know that this time tomorrow, I will be on a plane to Tokyo. Well. Excitement is an understatement. 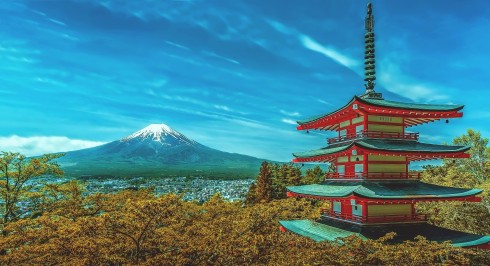 For the next 21 days, I will be making my way throughout the land of the rising sun. So stay tuned! Sayonara!